Jul 30,2022
Weak demand, rising orders, rising inventories, and the cyclical adjustment of the semiconductor industry combined with the impact of external political and economic environmental factors, the consumer electronics field is experiencing a "cold wave".

After entering 2022, consumer market demand for TVs, tablets, laptops, smartphones and other consumer markets will slow down, and end customers will weaken their efforts to pull goods, which will affect the design manufacturers' film production efforts in foundries. Adjust film production strategies and correct inventory" water level " has become the main theme, and the originally tight mature process capacity has shown signs of loosening.

According to Jiwei.com, since the second quarter, some products of some second-tier foundries have begun to cut prices, with an average drop of more than 10%. In the third quarter of this year, the inflection point of the mature process downturn is about to appear, and a wider wave of foundry price cuts will appear. or will follow. 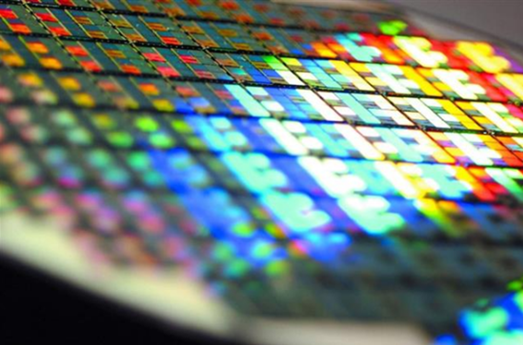 The loose production capacity is undoubtedly a major incentive for the "ice breaking" of foundry prices, which have only been heard in the past two years.

According to the latest data from SEMI, as the demand for mature processes continues to rise, from the beginning of 2020 to the end of 2024, the 8-inch production capacity of global semiconductor manufacturers is expected to increase by 1.2 million pieces, an increase of 21%, and will reach a record high of 6.9 million pieces per month. .

With the continuous update and iteration of foundry technology, 8-inch and 12-inch wafers have become the mainstream configuration of foundries. Among them, 8 inches are mainly used for mature processes and special processes. Although the industry has suffered from a "shortage" of 8-inch production capacity in the past two years, the cyclical cycle of production capacity is also secretly fermenting.

"The main reason is the weak terminal demand." Isaiah's research further pointed out, "Currently, consumer electronics products such as TV, PC/NB, mobile phones and other markets are weak in consumption power, which together affects the emergence of products such as driver ICs and related power management ICs. order adjustment, and this type of product is mostly cast in mature manufacturing processes."

Taking driver chips as an example, some analysts say that global inflation, the sluggish consumer electronics market, the LCD panel industry has entered a trough of a downward cycle, the driver chip market has been implicated, and prices have continued to fall, and the corresponding foundry prices of driver chips have begun. Looseness occurs.

It is predicted that the global display driver chip market size will decline by about 6% year-on-year in 2022. The decline in demand for driver chips has spread to foundries such as the world's advanced and NSMC, and has pushed them to focus on adjusting and responding. Power Semiconductor is increasing the proportion of non-driver chip products and actively exploring the automotive market; the world's advanced companies are reducing the production capacity of large-sized display panel driver chips, and actively producing small and medium-sized display panel driver chips to maintain high capacity utilization.

In order to avoid the continuous decline of production capacity utilization rate, the foundry with a relatively simple product structure under the circumstance of order cut off and loose production capacity, the price reduction and quantity guarantee have also been rolled out.

OEM prices fell by more than 10%

It seems that the "trend" of price reduction is unstoppable, but it is also necessary to see that the "treatment" of different products and different nodes is different.

A designer from a design manufacturer told Jiwei.com that the current price reductions of foundries are mainly concentrated in categories such as driver ICs and power management ICs.

The Isaiah survey also mentioned that at present, some second-tier wafer foundries have dropped by about 5~15% in foundry prices for consumer electronics such as TV, PC/NB, mobile phones and other related driver ICs, power management ICs, etc.

Although it is the same type of product, there are also "gap" treatments for different applications. "Taking power management ICs as an example, if it is For Server and automotive power management ICs, the price is relatively stable, but for PCs, laptops, and smartphones, there is a 5-15% drop." Isaiah's research pointed out This "gap".

From the point of view of nodes of different mature processes, there are also distinctions. The representative of the above-mentioned design manufacturers told Jiwei Network that the current capacity shortage of mature processes of 90nm and above has eased, of which the 130nm node has dropped by 8-12%, and the 90nm node is 12-15%.

A person in the foundry industry also told Jiwei.com that in general, under the LTA (Long Term Agreement) agreement, which has become popular in recent years, the foundry price will be adjusted by about 10% every year, and after the past two years, the production capacity has been tight. The resulting price increase, even if it has dropped, has not returned to the normal level, so the impact on foundries is not obvious in the short term.

However, when the capacity utilization rate of the round foundry declines, compared with the first-tier manufacturers, they have a large number of long orders and large orders, and many nodes and product categories can be dealt with through product line adjustment, the business structure is relatively simple, and the equipment depreciation has not been completed. Second-tier manufacturers will face greater pressure and need to make trade-offs and balances between the pursuit of market, revenue and profit, and also test whether their own technical barriers are strong enough.

"For products in some specific fields, the foundry will make adjustments according to the actual situation of the terminal market. On the one hand, it is to keep orders and reduce prices as a last resort. On the other hand, it is also to reduce the pressure on customers and terminal manufacturers and work together to overcome the trough. To a certain extent, it is also an effort to overcome the difficulties together." The person admitted frankly.

For the signs of "loosening" of prices in mature processes, the industry may be more concerned about its domino effect. Will this be the "inflection point" of production capacity from shortage to looseness?

Chen Xiang, a senior analyst at Jiwei Consulting, is relatively cautious. The downgrade should be a response to the demand in the terminal market. The weakness of consumer electronics such as smartphones must be the main reason. However, foundries have been improving their product structure recently. to adapt to market changes.

"The price reduction of some mature processes is still because the foundry is unwilling to give up certain production capacity and customer orders. In the long run, it is still necessary to adjust the product structure of production in combination with the market. The price reduction is only a temporary method to ensure orders, and demand and production capacity still need to reach a balance. "Chen Xiang thinks this is an expedient measure.

In any case, it is under heavy pressure for the foundry industry that has been aggressively expanding or building new in the past two years. Under the impact of such price cuts, the speed of capacity expansion may further slow down. According to Jiwei.com, some wafer foundries have even "hit the brakes" on their mature capacity expansion projects.

According to Isaiah's research, the price reduction of some mature process products and the loosening of capacity utilization in the second half of the year may slow down the expansion of mature process production by the originally very active wafer foundries. From the perspective of 22/28nm, it was previously predicted that there will be 70~80K/m of new production capacity in 2023, but it may be reduced to 60~70K/m at present, but it still depends on the comprehensive judgment of market demand and equipment supply cycle next year.

For the mainland foundry industry, industry experts have analyzed that China has the world's largest semiconductor market, and it is unquestionable to increase the production capacity several times from the perspective of the mainland's total chip production capacity. But it is not only a matter of quantity, but more importantly, the quality and competitiveness of production capacity, which is closely related to whether it can achieve performance, price, IP matching, delivery time, and long-term cooperation with customers.